1. How long have you been Bridge of Life (BOL) supporters?

I was introduced to BOL by one of my Regional Operations Directors (RODs) back in 2009 when I traveled to Jodhpur and Phalodi in Rajasthan, India to assist in establishing two dialysis centers. Both centers have since provided thousands of treatments to patients are currently supported by local charities as well as BOL. 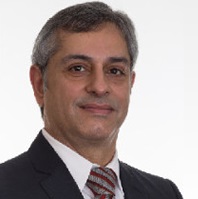 2. What made you first decide to contribute financially to BOL?

After seeing the difference that those two units that I assisted with had made in the local community, and also many other missions that BOL has supported, I was moved and to support their good cause.

When I first went on a mission trip to India in 2009 and then again for a follow-up in 2010, I saw BOL’s volunteers working so enthusiastically and with great dedication. It was very inspiring and spiritually uplifting. I happened to be there when we first dialyzed the patients in those clinics. I could appreciate how much hard work, time and resources were put in by team members and physicians to realize that vision. Some of the patients and their families in the clinic were traveling from hundreds of kilometers away, and their gratitude towards the volunteers and will to live and beat their disease was quite compelling. I got to meet some very influential people in the local community and also held a press conference with local media which was an experience in itself. To ensure the smooth running of those two clinics, I was approached by Mr. Singh (our ROD back then and a dedicated volunteer) to train a physician, Dr. Abhishekh Tater, from India in the United States (U.S.), who was sponsored by a local charitable organization and BOL. He came to the U.S. and stayed with and shadowed me in the office, hospital and during dialysis rounds for about six weeks. To this date, we have kept in touch with each other and are happy to see that the units are still treating more and more patients and making a difference in their lives.

After the first two enriching experiences with BOL, I contacted BOL’s executive director, Lori Vaclavik, about two years ago during a medical director meeting for another mission. I presented the need for updating and adding some more dialysis chairs at a hospital in Mount Abu, Rajasthan, India, which was serving the patient population from about a 150-kilometer radius. This hospital is primarily run by donations and powered by volunteers from a world-wide spiritual organization of Brahma Kumaris. After evaluating the need for the operation and its potential sustainability, she and her team agreed to pursue it, and the project is now near completion with the support of BOL and its volunteers. I recently visited this clinic and saw some patients with chronic kidney disease (CKD), made hospital and dialysis rounds and presented on CKD. Once again, I sensed tremendous gratitude and kindness from the patients, the community and the local volunteers, which was quite humbling. This set the wheel in motion, inspiring me to become a part of BOL’s mission, wherever it takes me, as most of the world is not as fortunate as we are here in the U.S.

4. If you were speaking to a prospective donor, what would you consider the most important information to share about BOL and its work?

BOL has reached out to so many underserved and indigenous places in the world where kidney failure equates to a “death sentence” and there is a silent acceptance of it from patients and their families as they believe that it is their destiny. In its spirit of giving, BOL has offered them the hope of survival and the sense of caring and compassion which is so important to empower patients to cope with their illness, and in some fortunate cases, to help them to walk the bridge toward renal transplantation. It cannot be done without support from the whole village, and it is very gratifying to be a part of that community.

5. Why do you continue to fund BOL’s work?

The spirit of giving is one of the most important things that the humans are endowed with, and this ought to be practiced and mastered well. For the reasons mentioned above, I continue to support BOL, and I know that the funds are put to the best use by the team. I hope and encourage many more of us to take that leap of faith and, in whatever capability you can, to serve and join the movement and build more enthusiasm.

6. What do you hope BOL is able to accomplish in the upcoming year or two with your continued donation and support?

I hope that BOL will continue to reach out to more communities across the world who need help not just for dialysis, but to increase awareness about CKD and to prevent an epidemic of end-stage renal disease. It has to be done in a concerted effort with local physicians and healthcare teams who can bolster the momentum kick-started by BOL.